I had my heart set on doing a weekly “Captain Comeback” column ever since December 2010. Had that idea fail, I was going to do a series called “The Whistleblower”, where I keep my eyes and ears open for media people who use significantly inaccurate and/or misleading statements in their coverage of the NFL, and then I would expose them by stating the facts.

I know, the list could be huge depending how much NFL content one is willing to digest.

It finally crossed my mind that I could use this blog as a forum for “The Whistleblower” every so often, and here is the first edition. You could print it out if you want, but I’m sure it won’t be worth anything like a Batman No. 1 would fetch. 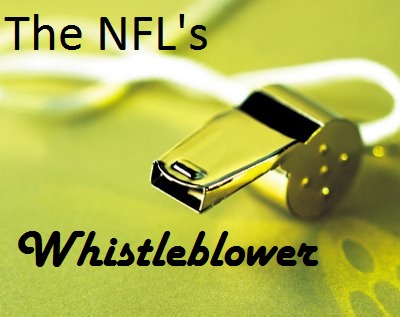 Perhaps it’s fitting my first edition would involve the NFL Network and Dallas Cowboys. That was motivation for my first article at Football Nation a little over a year ago.

Rather than Jamie Dukes and Tony Romo, this time it’s NFL AM’s Mark Kriegel and DeMarco Murray. On Tuesday morning, Kriegel mentioned that the Cowboys need to use their workhorse back DeMarco Murray more, and cited arguably the most useless statistic in football: “the Cowboys are 5-0 when he has 20-plus carries!” Surprised he didn’t support it with “and 2-6 when he’s under 20!”

To quote Kriegel from Monday: who cares?

Does something magical happen when a running back hits 20 carries? Is this to say Murray is really valuable when he gets a lot of carries? No, it just means it’s later in the game, and his team is likely leading and trying to ice the game. I’ll prove it in a second for Murray.

Beyond Murray, there have been 194 running backs with at least 10 career games (incl. playoffs) of 20+ carries (see link here).

Of those 194 running backs, 179 of them have a winning record when they get 20+ carries. Damn, that’s a lot of valuable running backs. And I thought this was the “dime a dozen” position?

Even Joseph Addai was 15-2 with the Colts. If only Peyton Manning delegated more of the offense to him…

And what about Murray specifically? The five teams he did it against were 26-54 (.325) for starters. The defense allowed 14.0 PPG in the wins. Romo was very good.

And when Murray hit that nice, round number of 20 carries, it was always in the second half, and all but one time with Dallas leading (often by double-digits at that).

If your team is even just average, check your running back’s record when he gets 20 carries and chances are it’s respectable. Likewise, check your QB’s record when he throws 25 passes or less. It’s the same thing. A ton of winning records, because that means the team has taken the air out of the ball and are (literally) running out the clock.

It’s the general lack of NFL fans understanding carries are a product of winning, and not the other way around. That is why “RB X’s team is [insert great record] when he gets 20-plus carries” is the most worthless stat in the NFL.

The whistle has been blown. It’s time to put an end to the use of this stat.

One thought on “The Whistleblower No. 1 – Mark Kriegel and the Most Worthless Stat in the NFL”