I am feeling better this week and have some random thoughts to share on a few Week 14 games.

This is a bad game for Vontae Davis to miss with Josh Gordon getting his share of targets. He only needs a little space to break a huge play. Brian Hoyer has to know he’s on a short leash and must play better before he loses his job to Johnny Manziel. I think he’ll play a good game and the Cleveland offense will have to score a decent amount to get the win. The Colts haven’t played a road game since November 3 and this is statistically one of the best pass defenses Andrew Luck will face this year. I doubt he’ll fear Joe Haden on T.Y. Hilton and the Colts have a bunch of other weapons to go to anyway. I just hope this isn’t viewed as a week to get T-Rich going because of that dreadful trade. The best backs on the field will probably be the undrafted ones (Isaiah Crowell and Dan Herron).

The Colts surprisingly haven’t had a 4QC/GWD this year, so I think this could be the one in a 27-24 type of finish.

Houston should win this game, but I just wanted to reiterate a point about the ludicrous thought of J.J. Watt for MVP in 2014.

Furthermore, look at the quarterbacks Watt and the Texans have feasted on in those wins:

A guy scoring five touchdowns, including a 1-yard catch while already up 24 in the fourth quarter, is an asinine argument for someone to be named the Most Valuable Player in the league, yet that’s what Watt’s teammates and some fans are selling now because there’s really nothing else going on with Houston’s season. You’re 6-6? Cheers. That’s good for 12th place in the AFC.

It also helps Watt that defensive end is one of the most blameless positions in football. You don’t hear someone bash Watt or any pass-rusher for not getting to Tony Romo when he evaded him and threw a touchdown. Keep in mind the Texans lost that game in overtime. Where’s the criticism? Yet if you play defensive back and get burned for a touchdown, you can guarantee someone will point that out. Hell, Richard Sherman allowed a few first downs to Keenan Allen and people acted like he was exposed. A star defensive end can get locked down on 85-90% of the snaps in a game, but if he gets one sack some people will think he had a good game. People bash quarterbacks for not putting up enough points. Why don’t we bash a DE for not generating enough stops and pressure? Some of them are making close to QB money after all.

We’ve seen the Texans lose 14 games in a row with Watt playing at a high level. We’ve seen them allow 40+ points in games he shined. He’s a great player. He’s running away with DPOY.  Maybe he should get more red-zone snaps at tight end. He’s just not MVP material when his impact on the game is so minimal compared to the quarterback position where several great players are having incredible seasons.

I know the Steelers for some reason play Marvin Lewis’ Bengals better in Cincinnati (10-2 since 2003) than they do at Heinz Field (6-5), but I’m calling my shot on this final quarter of the season.

The Steelers will lose in Cincinnati, lose in Atlanta, beat Kansas City and beat Cincinnati to finish 9-7. Too little, too late. Shouldn’t have pissed around with Tampa Bay and the Jets.

Close game last year won 26-23 by Baltimore. This is almost a “loser goes home” game right here, and I think there may be a little more pressure on Miami to get the win at home with the gift of Haloti Ngata’s suspension. Miami still has a very tough game left in New England. Baltimore is more than capable of winning its last three games, but if they drop this one and Miami only loses once more, that’s 10-6 for both with the Dolphins having the H2H win. So yeah, it’s a big one. I just think with or without Ngata, that Baltimore secondary is struggling and Ryan Tannehill has been playing solid. They’ll get a boost in the running game with Ngata out and I like the Dolphins to sneak out a close one.

Julius Thomas is a game-time decision (ankle), but will his return make the Broncos worse on offense? All the rage the last two weeks has been Virgil Green’s blocking, a revamped OL, some 6-OL sets and C.J. Anderson’s excellent running. Peyton Manning’s never had an offense with two 200-yard rushing games in the same season, let alone back-to-back games. I think Thomas was missed in the red zone and he should have an impact there, but the Broncos may want to limit Wes Welker’s playing time and keep the 2-TE sets more with Thomas in the slot when he’s up to full health. Buffalo has a front four to get pressure on Manning, so it’s a good week to experiment with that extra protection. I think given time Manning will have a big day at home and Kyle Orton will be the one taking the majority of the game’s sacks. Something to watch for is Connor Barth’s kickoffs in the Mile High altitude. He was awful in Kansas City, routinely giving the Chiefs good starting field position. If he can’t get touchbacks at home, the Broncos may still have a major kicking dilemma.

After an inexplicable fake punt loses the game on the final play, Jim Harbaugh races to midfield to a gang of Oakland players and rips off his shirt to reveal a “Just Win Baby” Raiders t-shirt. The screwjob is complete.

That probably won’t happen, but it would be so much fun to see the NFL perfectly emulate old-school wrestling. You know, back when shit was called WWF.

This is a big one with a lot of interesting layers, many of which were covered by my co-workers at Football Outsiders this weekend.

The Eagles have allowed a league-worst 14 pass plays of 40+ yards, but Seattle’s lost its vertical edge with the departure of Golden Tate and failure to do anything with Percy Harvin. It’s shocking to see Russell Wilson is the only current starter getting over 60% of his yards from YAC (60.9%) this season. His scrambling has been a bigger threat this year, but we’re still waiting to see a game where Wilson has to throw a lot. He’s never thrown more than 37 passes in any game, which is insane given how quickly (and often) most quarterbacks do that in their career (click to enlarge).

This could be the week with the Eagles ranking 8th against the run in DVOA and having just contained DeMarco Murray and that consistent Dallas running game that has tortured most of the league. Perhaps more importantly, the Eagles have the ability to score points. We know Seattle’s defense is healthy and playing at a high level again, but Chip Kelly is a whole different beast from Arizona/49ers and the game is in Philly.

The Eagles have scored at least 20 points in 21 consecutive games (16-5 record), tied for the 10th-longest streak in NFL history (including playoffs). The record is 25 games (2010-12 Saints). The fact this streak is alive is amazing considering the offense scored 0 in San Francisco, but three return touchdowns still gave them 21. Don’t discount the impact of special teams on the Eagles’ season.

We keep setting up Mark Sanchez to fail this year, but he’s doing okay so far. In the blowout loss to Green Bay, he literally threw one bad pass and took a few sacks and still trailed 30-3 for it. That loss didn’t say much about him. He never had a chance really. The Seahawks do not pose that kind of dynamic offense, but I think Wilson’s going to have to have one of his best games this season to get the win. This isn’t another 19-3 game by any means.

I hate to say it because I already see Sanchez making me eat my words, but I think he’ll struggle with the Legion of Boom and the Seahawks will keep rolling towards what could be another strong finish that puts them in prime position for a repeat.

Circadian rhythms, December records and Justin Bieber curses? What the heck are we talking about here? All I know is Philip Rivers is 0-5 against the Tom Brady/Bill Belichick duo, and outside of an ass-kicking in the 2007 regular season, the losses have been right out of a Greek tragedy.

Two game-tying field goals from 50+ yards away missed at the end. Eric Parker’s butterfingers. Martyball. Marlon McCree fumbling a Brady INT on fourth down with a 21-13 lead. Rivers having to play on a torn ACL for the 2007 AFC Championship. LT on the bike. Three straight fumbles recovered by NE in the 2010 meeting, the last time they played in SD. Four more turnovers in NE in 2011 by San Diego’s offense, including a Vince Wilfork pick.

Can San Diego win this game? Sure, but I just don’t see it happening. Darrelle Revis will contain Keenan Allen and the bigger Brandon Browner could limit the deep-ball threat of Malcolm Floyd. I think Eddie Royal and Antonio Gates have to play huge for Rivers in this one, as does the running game. He pulled out a great 4QC in Baltimore last week, but something just always goes wrong at the worst moment when he’s playing this team. I’m not sure San Diego has any answers for the tight ends of the Patriots.

Denver will be rooting like hell for San Diego to win and suffer a letdown in next week’s game, giving the Broncos a nice path to the No. 1 seed. However, I imagine we’ll see the opposite. After a loss to NE, the Chargers rally and drop Denver in Week 15, which I’ve been penciling in as a Denver loss since April. But the No. 1 seed in the AFC is very much going to be in control of what San Diego does these next few weeks.

This is like Russell Stover taking on Hershey Chocolate. The only intrigue is whether the Packers dominate so much by ground or air and where it leaves Aaron Rodgers on this list of the most passing yards through 100 starts since 1960. He needs 293 yards to break the record. 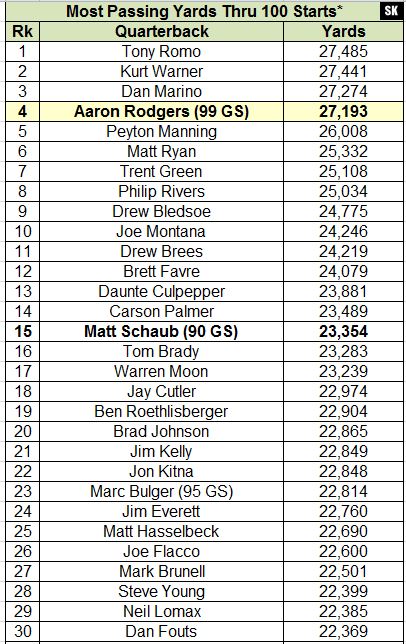 I had the Cowboys on TNF and the streak of 8-8 seasons is over. However, this could still be a 10-6 non-playoff team and that Romo back injury that led to losses to Washington and Arizona will be the main culprit.

One thought on “NFL Week 14 Predictions: Try To Write It Down Into a Perfect Sonnet or One Foolish Line”