Twenty million human lives watched football played by quarterback machines on October 20, 2013. The survivors of the game called it Judgment Day. They were exposed as either a Peyton Manning fan or an Indianapolis Colts fan.

Irskynet, the computer which controlled the machines, sent two terminators back through time. Their mission: to destroy the leader of the fourth-quarter comeback statistic revolution…John Elway.

Johnny Unitas, the first machine model, was the premiere quarterback in the two-minute drill. How else can you explain his machine-like efficiency under pressure? But Unitas never received any credit for his record number of comebacks.

The first terminator was programmed to strike at John Elway in April 1983. This way he could never make fools of the Colts in the NFL draft and never set the franchise back for years. The T-800 terminator was…too smart for his own good. He seized the opportunity to became the new comeback king.

The attack failed…so the team relocated to Indianapolis and eventually wound up with Jeff George.

The second was set to strike at John after his retirement. This advanced T-1000 model was established as a student at Stanford, which is Elway’s alma mater. He even had help from another Irskynet machine, code name “Captain Comeback”. The two machines became more interested in winning games and growing a neck beard, so this too failed. 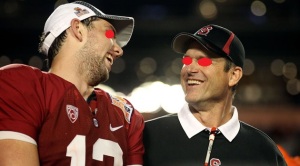 The Resistance was able to send a lone warrior. A protector for John. He proved to be…unreliable. 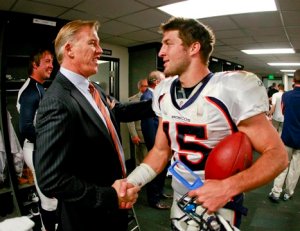 Little did Jim Irsky, owner of Irskynet, know that the first terminator was reprogrammed by John to become his protector in 2012. This took place shortly after Irskynet shut down the T-800 model due to a neck malfunction. John wooed the T-800 to Denver to find success he could never dream of under Irskynet’s watch in Indianapolis. 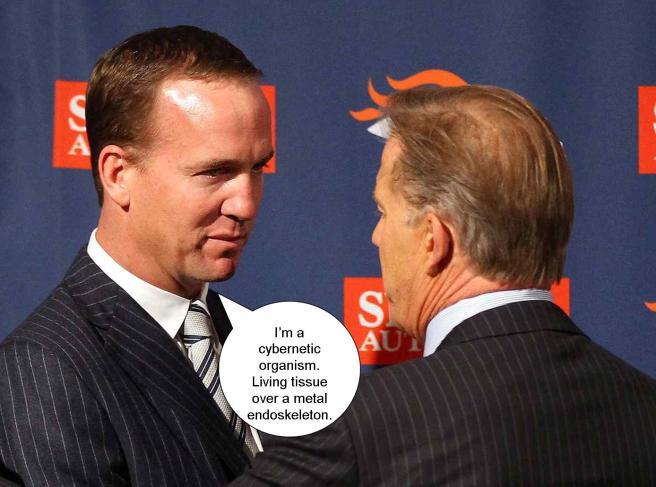 Each side had an expensive terminator. The T-1000 was given another shot by Irskynet. Some modifications, perfected by a stroke of luck, like added mobility and shape-shifting to take the form of Peyton Manning. John Elway, Andre the Giant or any solid metal object made the new model a favorite in town. However, as Judgment Day approached, many in Indianapolis were torn over how to react to the event. The football game was one thing, but either John Elway or Jim Irsky were going to perish given the outcome. This war would end here.

Who plays football next to a steel mill anyway?

October 20, 2013 came and went. The T-1000 put up a good fight early, but you can’t keep the original down for long. The T-800 led a record-tying 51st game-winning drive, which sunk Irsky into a vat of molten steel, silencing him once and for all. (The choice of molten steel was an Abby’s hat pick, by the way).

It was not until hours after the game that everyone realized the two could still meet in the playoffs to really settle things, but the reign of Irskynet was over, and the world was a better place for it. The T-800 protected John for two more years before shutting down for the last time, going out on top. The T-1000 aged rapidly, playing the football coach in the 2028 remake of The Faculty.

Analysis: There should be three great quarterbacks in the building on Sunday night. There are not three great films in the Terminator series. 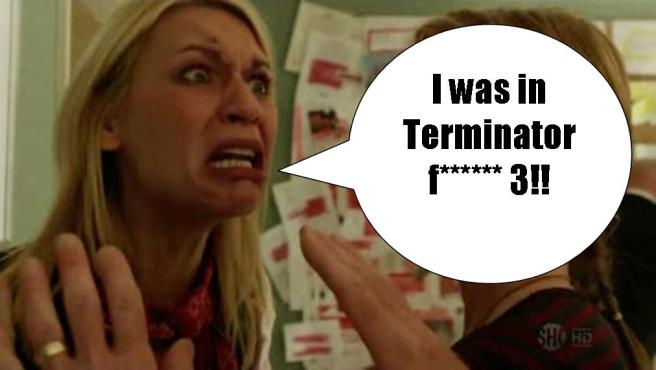 I’ll be back, unless you hated this.